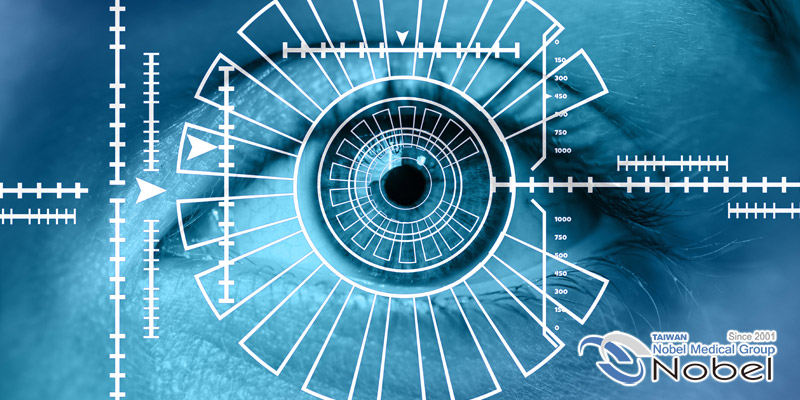 Two distinctive handfuls of short molecules that regulate gene expression have been found in the eye fluid of patients with two distinct types of vision degenerating glaucoma.

These differentially expressed microRNAs point the way toward finding more genes associated with glaucoma, more clues about how these glaucoma types each go about damaging our optic nerve and potential new points of intervention, the scientists say.

“If we know the pathways involved, maybe we can reverse this, find better targets and design better drugs,” says Dr. Yutao Liu, vision scientist and human geneticist in the Department of Cellular Biology and Anatomy at the Medical College of Georgia at Augusta University.

Currently only a handful of known genetic mutations have been found to account for about 10 percent of glaucoma, says Liu, corresponding author of the study in the journal Human Molecular Genetics.

“Differential expression” means the microRNA, or miRNA, expression could be higher or lower in the different conditions, but it’s the fact that they are significantly different that makes them of interest and potential help in better understanding and treating a leading cause of vision loss worldwide, Liu says.

The scientists examined miRNA in the aqueous humor that nourishes the front of the eye in a dozen patients with the common, primary open angle glaucoma, another dozen with the rare and even more difficult-to-treat exfoliation glaucoma, and compared the miRNA profile of each to that of 11 people with healthy eyes of a similar age.

They already are exploring what these miRNA do in the trabecular meshwork that manages the continuous drainage of fluid made by the ciliary body to nourish and oxygenate a portion of the eye that has no direct blood supply.

“Now we have primary cells cultured primarily from the outflow area of the human eye, so we can take these miRNAs, synthesize them, then give them to these cells and see what kind of genes they affect and how many of those genes are related to glaucoma,” Liu says.

All of us daily lose some of the 2 million nerve fibers in our optic nerve and we can lose 50-60 percent of them without it really affecting our vision, Liu says. But glaucoma accelerates the loss and these two glaucoma types go about that damage in different ways.

In primary open angle glaucoma, pressure inside the eyeball is high because of increased fluid production, decreased excretion or both, and the optic nerve gets damaged as a result. “We think it’s a local disease in the eye,” Liu says.

The less-common and generally more severe exfoliation glaucoma occurs in people with exfoliation syndrome, which increases their chance of glaucoma about six times, according to The Glaucoma Foundation. With this glaucoma type, cells that normally secrete proteins inexplicably start to secrete more and the proteins cluster, forming structures that are too big to pass through the eye’s normal fluid outflow pathway.

Liu has evidence that a crosslinking enzyme, also secreted at high levels in these patients, effectively glues together these pieces that resemble dandruff. Collateral damage apparently also occurs in the colored-part of the eye, the iris, as pigment also starts to slough off, adding to the mounting pile of trash in the eye. This form of glaucoma is all about high pressure and traditional eye drops won’t help, Liu notes. Outflow pathways reopened by surgery quickly become blocked again. Liu notes that this abnormal protein secretion occurs in other parts of the body as well with exfoliation syndrome, but appears to be problematic only in the eye.

Using eye drops that improve outflow or decrease fluid production can reduce the risk of eye damage in most patients with more common types of glaucoma, Liu says. Patients often need a combination of drops that have to be taken several times daily. Surgery or laser treatment can also increase outflow. But Liu and his colleagues would like to find more targeted and effective options.

The eye’s aqueous humor also helps support the eye’s shape and enables waste removal. The fluid comes from the general circulation and gets dumped back into it. That means that high blood pressure in the body also can impact eye pressure and that exercise can help reduce eye pressure, Liu adds. In fact, eye pressure can even be reactive like blood pressure: Liu notes that his goes up when he wears a tie. Our intraocular pressure tends to be highest in the morning and lowest when we are lying down and sleeping.

Materials provided by Medical College of Georgia at Augusta University. Note: Content may be edited for style and length.